And God blessed them, saying, be fruitful and multiply, and fill the waters in the seas, and let fowl multiply on the earth.

Considered a rare breed of turkey, the Royal Palm is listed as threatened by the livestock conservancy. The breed was recently admitted into the American Standard of Perfection in 1977, as a domestic breed.

Developing a little smaller than other heritage turkeys at mature age, they fend for themselves just fine. Their colorful pattern makes for beautiful ornamental birds around the farm. Mostly white with black metallic bands. Hens lay approximately 100 eggs a year, their color ranges from pale cream to medium brown eggs; some with spotting.

Royal palms are not primarily selected for meat production either by small farm producers or commercially. Mature toms can reach up to 22 lbs. and hens at maturity weigh in around 12 lbs. They are best suited for poultry fanciers in exhibition at fairs and poultry shows.

Royal palms can be very friendly birds when hand raised and coddled Some turkey keepers like to refer to them as “Royal Pains,” since socialization was not primary in their raising.

Check back often, as availability will be in late Spring 2021 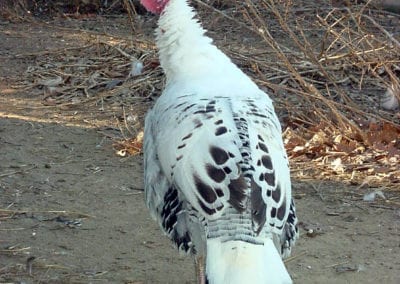 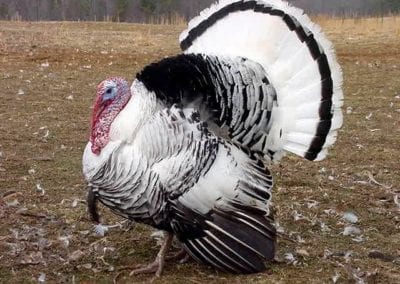 Visit All Our Featured Services